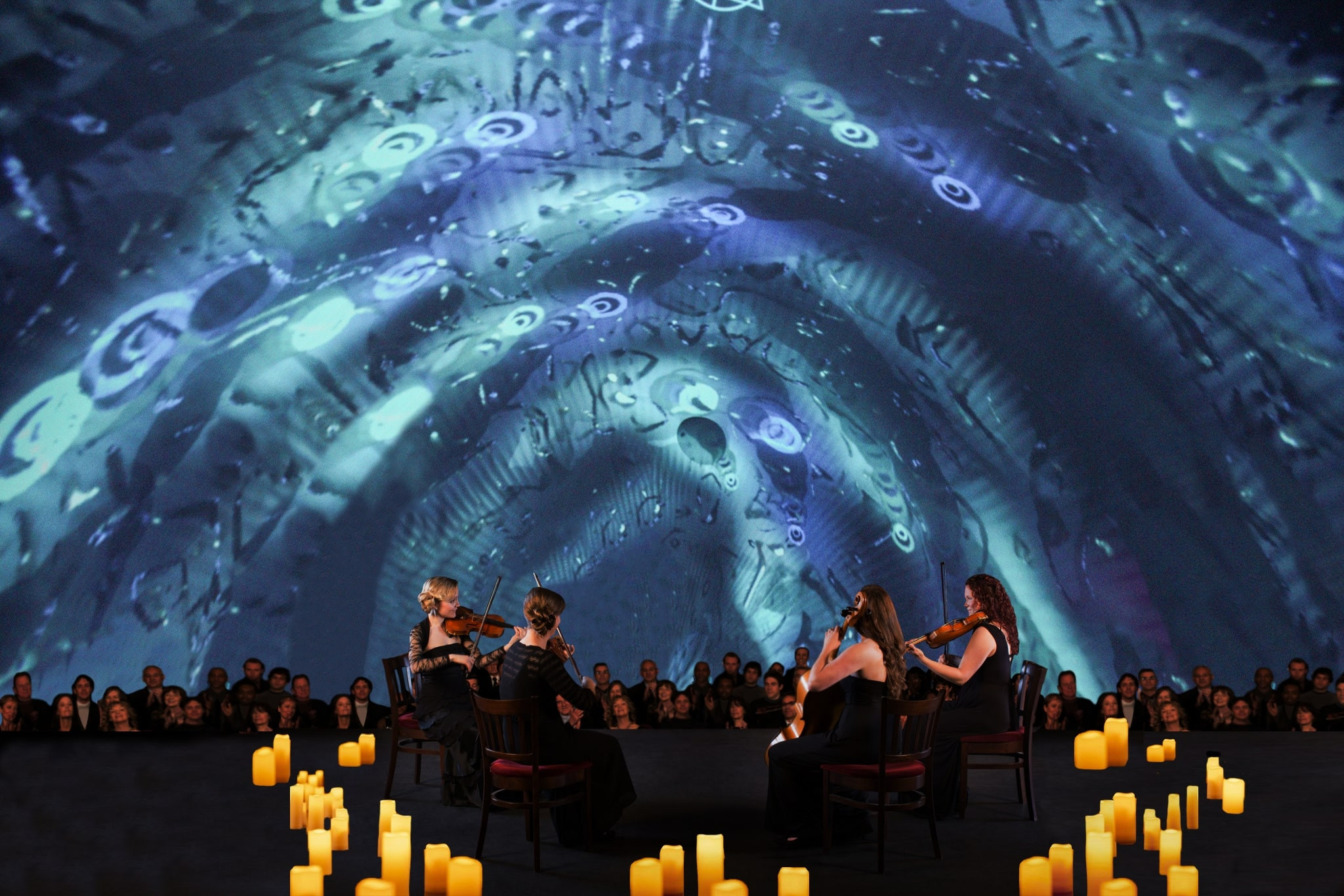 Experience this fully immersive presentation of Antonio Vivaldi’s “Four Seasons.” Prepare to be mesmerized by this one-of-a-kind classical performance reimagined with state-of-the-art 360° projection mapping and sound at one of LA's most cutting-edge venues, Wisdome LA.

Performed by a world-class string quartet from the USC Thornton School of Music, during this 60-75 minute live show, you'll experience Vivaldi’s “Four Seasons,” and other masterpieces, synchronized to 4 stunning projection mapping sequences for Summer, Fall, Winter, and Spring.

The 18th-century composer is famed for bringing the Italian baroque style to opera and concerto formats. “Four Seasons” is often referred to as his most timeless piece. After it was written in Venice, Italy, in the 1720s it made its debut across Europe and was considered a radical work of art.

“Four Seasons” introduced the concept of a “music program,” with its distinctive 4 separate sonnets. It brings the audience on a captivating story through seasons and time, without words.

The violin concerto has been recorded and used in movies, television shows, and more, 100s of times over the past three centuries. Do not miss out on the opportunity to experience this classic masterpiece in person, reimagined for the modern-day music enthusiast.

Underground Comedy at The Nitecap

A Forest for the Trees

The Best Things To Do In LA This January